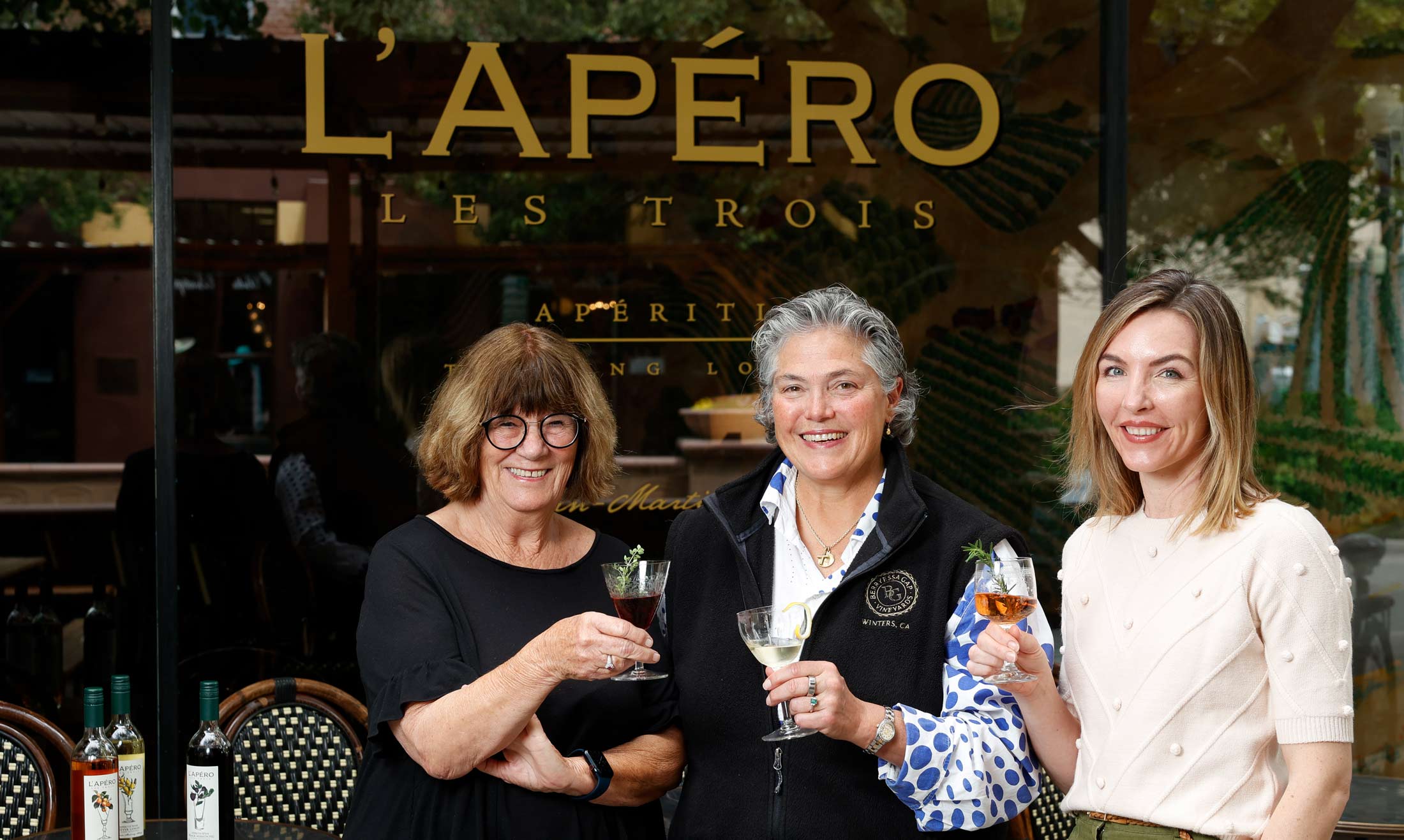 Georgeanne Brennan, 78, born and raised in Southern California, is the author of the James Beard Award winning cookbook, The Food and Flavors of Haute Provence, and the International Association of Culinary Professionals award for her book, Aperitif, among numerous others, including her best-selling memoir, A Pig in Provence, about her years raising goats and pigs and making cheese in France in the 1970s. She’s divided her life for many years between her modest home in Provence, where she learned to make French style aperitifs, and a small farm in Winters, CA. She co-founded the pioneering seed company, Le Marche Seeds International, an important source for emerging organic market growers, in the 1980s. In the 1990s she conducted week-long Culinary Vacations in Provence. In 2014 she founded the on-line store lavierustic.com. She and her work have been featured in numerous publications including the New York Times, Food and Wine Magazine, InStyle, Vogue and many others. She has a bachelor’s degree in History and English from San Diego State University and master’s degree in History from UC San Diego.

Corinne Martinez, 59, born and raised in Winters, CA,  is the co-owner of Berryessa Gap Vineyards with her brother, second generation farmer Dan Martinez and Santiago Moreno who immigrated to the US from Mexico in the 1970s. Corinne’s and Dan’s father, Dan Martinez, was a first generation farmer born to Spanish immigrants who came to Winters from a small village in southern Spain to eventually become one of the largest farmers in the Winters area. Their mother Joan (Rominger) Martinez also grew up on a farm north of Winters where German immigrant Romingers have farmed for four generations. Corinne, with a bachelor’s degree in English from UC Berkeley and a MBA from the University of Chicago Booth School of Business, recently retired from Microsoft, where she spent 20 years developing new innovations in worker productivity, leadership and managing change. In 2010 Corinne launched what would become a $200 million per year change management services business for Microsoft. In the late 1990’s prior to her time at Microsoft, Corinne co-founded Evolve Software in San Francisco which went public in 1999. As the President and COO of Berryessa Gap, Corinne oversees the company’s strategy and operations.

Nicole Salengo, 41, from a small town in Vermont, came to California in 2002 after getting her bachelor’s degree from SUNY Oneonta. While working waitressing jobs to put herself through college, she had exposure to fine foods and wines. Her fond connection to nature and undergraduate degree in Geology inspired her move to the West Coast to future her education in the field. But it wasn’t until her job as wine buyer at an upscale wine shop in Davis in her early 20s where she discovered her keen palate and love for European wines, cuisine, and culture. She went on to work at several start-up wineries in Yolo County and earned her Winemaking Certificate from UC Davis in 2013 after working in Napa with famed woman winemaker Heidi Barrett at Kenzo Estate. She furthered her skills in New Zealand where she spent the Spring 2013 harvest before being hired at Berryessa Gap as their lead winemaker where wines she made continue to win awards. Early in her tenure at Berryessa Gap, she traveled on a wine education sabbatical through Portugal, Spain, Southern France, Corsica and more recently spent time in Burgundy. She believes in continually developing her craft and that it is a life-long process. Her style is hands-on with an emphasis on pure expression and balance while maintaining a focus on quality. She loves a challenge while her creative side is always looking for something unique that also matches her appreciation for tradition.

Georgeanne and Nicole, long-time friends since Nicole’s wine bar days when they both served on the Slow Food Yolo Advisory board, got together in Georgeanne’s kitchen, and started experimenting with making French farmhouse-style aperitifs, using fruit and nuts from Georgeanne’s backyard and local wine from Berryessa Gap Vineyards. Delighted with the results, they presented the product to Berryessa Gap’s co-owner, Corinne. Intrigued and ever the entrepreneur, Corinne savored the opportunity to create a European apéritif experience in a small, California farming community, and so the partnership and plans were born.

The product, L’Apéro les Trois – ‘L’Apéro’ short for l’apéritif, and ‘les trois’ – a nod to the three founders, their three generations and three main ingredients – is produced in Winters at Berryessa Gap Vineyards winery and sold primarily at L’Apéro les Trois Tasting Room + Lounge at 22 Main Street, Winters CA. The tasting room and lounge serves tastes of the company’s apéritifs, and glasses neat or with sparkling water or sparkling wine. Classic French appetizers like tapenade, and Gougères are available as well as some special, apéritif-related retail items. The experience is accentuated with music from Corinne’s player piano. Every few of months, they plan to host a multi-course French Farmhouse dinner focused on the season of the apéritif featured:  Apricots in June, Figs in August, Quince in October and so on.